Blog
You are here: Home1 / Blog2 / Toronto Tourism3 / Toronto During the NHL Hockey Playoffs: the Toronto Maple Leafs, and what...

The Toronto Maple Leafs are in the playoffs! The city will feel completely electrifying, so watch out during your Niagara Falls tour from Toronto.

Toronto: One of the most multicultural city in the world.
Toronto: The home of Niagara Falls Tours with Queen Tour.
Toronto: The city with a lot of nicknames. T.O., Hogtown, Toronto the Good, T-Dot…
Toronto: Probably your first answer to the question “name a city in Canada”.
Toronto: What you probably think is Canada’s capital city (It’s actually Ottawa!).
Toronto: The home of the Toronto Maple Leafs, our beloved hockey team which will be in the playoffs for the first time in 9 years. That’s right- it’s been 9 years which means the city will be excited like never before, and everyone visiting Toronto in the coming weeks is in for a special treat!

Like football (or soccer) is to most of the world, like baseball is to the United States, hockey is the great Canadian pastime. What looks like a bunch of skaters holding sticks chasing after a little shadow on ice to most of the world, Canadians- especially Torontonians, hold dear. To us it’s a hockey stick. That shadow is the puck. Those skaters are forwards, defenders, and goalies.

There are a lot of Canadian teams competing for the Stanley Cup championships this year, starting Tuesday, April 30. But they are not Toronto. The Toronto Maple Leafs have not made the playoffs in nine years. The post-season hasn’t even started yet and the city already feels electrifying. From hockey talk in the gym change room to a petition to make the CN Tower light up for every goal scored by the Leafs, the city is oozing with excitement. So…

What should you expect for Toronto in May (and possibly) June 2013?

The Good Old Hockey Game: A hint of Canadian culture 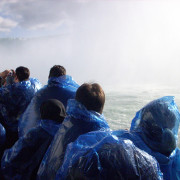 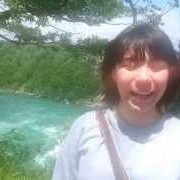 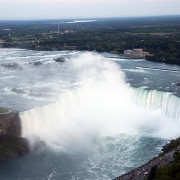